Deficiency can be common, but deficiency can be chronic in some patients. There are a variety of causes that have been investigated for low white blood cell count, and various elements such as nutritional and immune causes have been found in this study. (1)

A Study on Neutropenia

In 2015, a study (2) was conducted on 218 patients with neutropenia (chronic low white blood cells). These patients had low neutrophils on at least three consecutive occasions over the course of three months.

Patients were tested for a variety of autoimmune markers, such as ANA, Anti DNA Abs, Rheumatoid factor, and both complement 3 and 4. In addition, vitamin, mineral, viral and infectious markers were assessed. Participants also received a thyroid ultrasound and were tested for thyroid hormone levels. These included TSH, free T3 free T4 along with total t3 and t4 and thyroid antibodies.

In this test, researchers used a TSH >4 as evidence for hypothyroidism so these patients had more significant hypothyroidism. I have seen this to occur in patients with TSH between 2-4 as well, along with those who have positive thyroid antibodies.

They found that 43% of the patients with low blood cells had evidence of thyroid disease. These included Grave’s disease, Hashimoto’s, multinodular goitre, and hypothyroidism.

A significant number of the remaining patients had autoimmune conditions particularly related to connective tissue, such as arthritis and mixed connective tissue disease. Other common causes were folate, B12, and iron deficiencies.

Another consideration is that an excess of thyroid hormones can also downregulate white blood cells, similarly to a deficiency. This, however, seems to be present in more severe hyperthyroid cases.

The authors suggest that thyroid hormones may have a direct effect on the early stages of white blood cell development. If levels are either too low or too high, there can be a reduction in the number of white blood cells produced.

It’s known that low white blood cells are common in other autoimmune conditions. Therefore, it’s thought that there’s actually an autoimmune component to the neutropeonia itself as well. In this study, they found a correlation of Anti TPO with anti -PMN antibodies.

It has also been found that white blood cells can be inhibited by thyroid-stimulating antibodies found in Grave’s. (3) Additionally, it appears that patients with Hashimoto’s thyroiditis (4) have a high degree of circulating immune complexes.

These are antibodies against the white blood cells (anti-neutrophil antibodies). Unfortunately this test isn’t available in most labs. However, Anti TPO and Anti TG are readily available, and are tests that we commonly run at the clinic.

The authors concluded that thyroid disease frequency in patients with low blood cells is higher than commonly thought.

So based on the studies, what should you look for and what can you do? 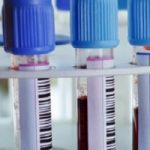 How to know when you should consider testing

Get Proper Testing if you get sick a lot, or have low white blood cells.

Getting naturopathic treatment for thyroid

References used in this article